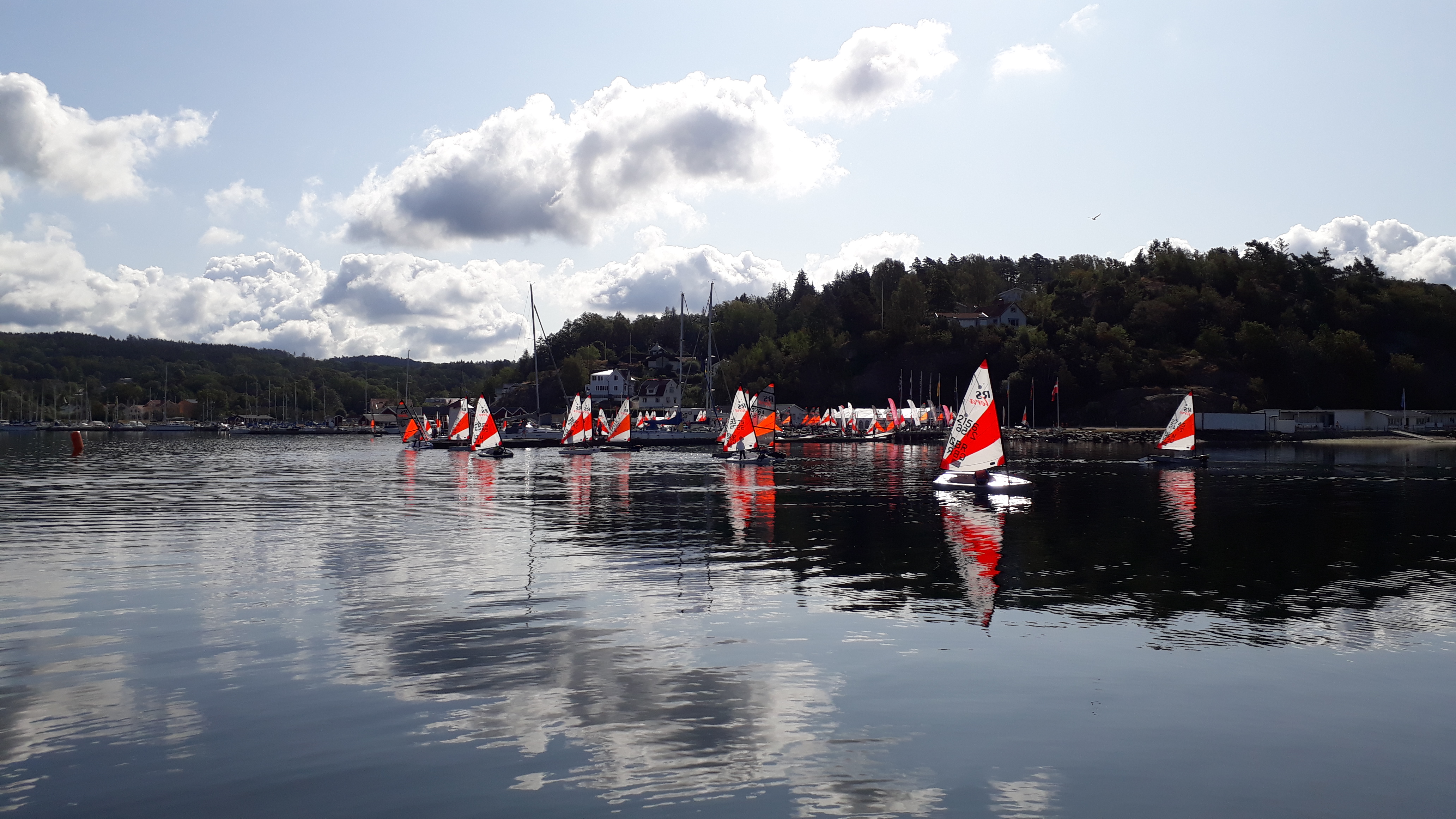 We might have to wait for the wind a bit but I am good at waiting. So far I have been doing so and so but I have learned a lot while being here. I have improved in sailing in big fleets. I have also got a better understanding of geographical effects. Here, there are high islands and hills around the course and not like home where it is quite flat and only forest around our lake.

During the layday we went to Trollhättan and had a look at some sights, among them boats and small ships passing through the locks there.

Life is Good and I feel I am doing well. Right now I am on 29th place in the Sport fleet. I like sailing a lot but also do other sports at home. I am doing Rugby, Soccer, Cricket, Tennis and Hockey and still go to school says Josh, who obviously must be in good physical shape. (I try to say he shouldn’t let his School interfere with his hobbies but his father doesn’t look convinced!)

On wednesday we went to Gotherburg looking at ships on a museeum and I have had time to practice the local game of “Kubb” (where you Bowling-style try to srike down stuff but throwing a stick rather than bowling a ball).

I’d love to go to South Africa next year. Hopefully we can do it, partly depending on if we can get a charter boat, says a hopeful Josh.

I am working for RS Parts and Services. Part of the job is attending major regattas with our van. It’s been a good week in the sense that the sailors seem to have less problems and less for us to do. It has not been so windy and subsequently less breakages. Year by year the sailors become better and better prepared. The no 1 seller this week has been ropes. When sailors are less busy, they start bimbeling (fiddling with their stuff).

On Wednesday I went to Gothenburg doing some sightseeing and had a nice lunch. Nice to recover a bit, says Andy who seem to be one of the more relaxed in the boat park.

Get on top of the wind

If you want to follow what's happening with the breeze, check out the ViVa app…

Tera Sport Results after 6 races Results are provisional as of 13:40 on August 8,…

Tera Sport Results after 9 races Results are provisional as of 14:06 on August 9,…